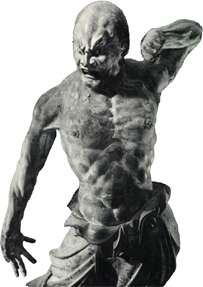 China – Although the ancient origins of karate are extremely vague, we do know that about 1400 years ago while teaching  at the Shaolin Temple in China, Daruma Daishi used techniques basic to karate. Later these techniques developed into  fighting forms known as Shaolin Boxing.

Okinawa – In the 16th century, Shaolin Boxing found its way to Okinawa from China. It combined with native Okinawan  techniques to develop into several Okinawan styles.

Japan – In 1922, having mastered two major styles in Okinawa, Master Gichin Funakoshi, then president of Okinawa  Association of the Spirit of Martial Arts, was chosen to demonstrate Karate at the first National Athletic Exhibition in  Tokyo. This led to the introduction of the ancient martial art to the rest of Japan. At the urging of friends and officials, he  remained in Tokyo to teach.

USA – In 1955, Tsutomu Ohshima, one of Master Funakoshi’s last direct pupils (1948-1953, Waseda University, Tokyo, Japan), came to the United States and was the first person to teach Karate in this country. That same year he organized Southern California Karate Association, which has grown over the years to become a national non-profit organization, Shotokan Karate of America, Inc. (SKA).
In 1956, Tsutomu Ohshima opened the first karate dojo in the United States at the Konko Church in Los Angeles, California.

In 1957, Tsutomu Ohshima was asked to demonstrate karate during the annual Nisei Week Judo Tournament held in Little Tokyo, Los Angeles, the first public demonstration of traditional Shotokan Karate in this country. This demonstration was the beginning of the Nisei Week Karate Tournament, now the oldest annually held karate tournament in the United States.

From these beginnings, Shotokan Karate of America now has over 140 dojos across the United States and Canada, with affiliations worldwide. SKA maintains a high level of non-commercialism and is devoted to teaching Karate on its highest levels, as a martial art and a way of life. To this end, SKA conducts lectures, seminars and regularly scheduled intensive training sessions for all students, as well as a continuous training program for advanced students and instructors.